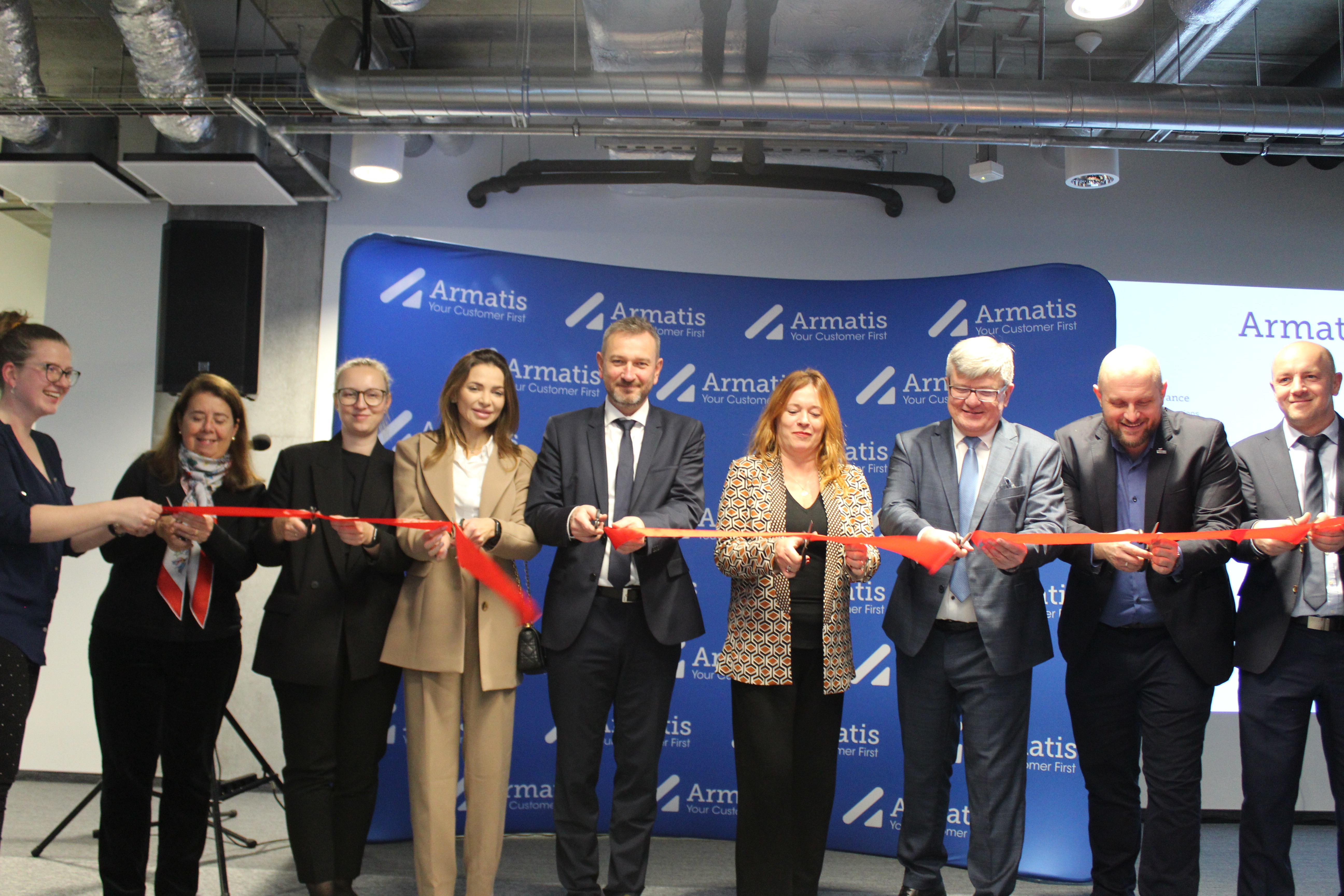 Armatis, one of the largest international companies operating in the field of customer service and sales, has officially opened its new office in Gdansk, as previously announced. The company wants to employ over 300 employees in the new location over the next few years. The Tricity branch will become one of the largest outsourcing centres for multilingual customer service and sales in Poland.

Armatis has already been running pilot projects since July this year, in the newly established branch. Yesterday’s official opening of the office was an opportunity for a broader presentation of the company’s plans related to the Tricity. The new office is not only a success for the company itself, but also for Invest in Pomerania, a non-profit local government initiative coordinated by the Pomerania Development Agency, which serves investors in the region.
– Before choosing Gdansk as the new location for our office, we carefully analysed the market and cooperated with Invest in Pomerania. The conclusion was one: this region has enormous potential because of the talent pool. This is shown, for example, by one of Antal’s recent surveys, according to which Gdansk is the second city in Poland where people are most likely to move because of its very good quality of life. This is very important for us, because we plan to employ over 300 people here in the next few years and successively develop our presence on the Tricity market – says Krzysztof Lewinski, CEO of Armatis Polska.

The employees of the Gdansk office will be primarily involved in projects carried out for a number of global brands. The services of multilingual service centres are currently in high demand because customers prefer companies that communicate with them in their own language, not in English alone. This is confirmed by research by the European Commission, according to which 82% of consumers are more likely to purchase products if they are offered in their native language. Even their high level of English proficiency does not matter.
– The Tricity – which is a significant academic centre and also attracts a number of young people from other parts of Poland and Europe – gives us access to educated and language-proficient candidates. On this basis, we are building another multilingual hub to satisfy our growth plans – continues Krzysztof Lewiński.

The linguistic potential in the region is also highlighted by Mieczysław Struk, Marshall of the Pomeranian Voivodeship:
– The presence of companies such as Armatis enriches the labour market offer of our region. We have students and graduates of language studies on site, who will have the opportunity to put their knowledge into practice and embark on a career path in the BSS. The multilingual centre serves people from all around the world and employees in Pomerania are perfectly qualified to competently meet the expectations of even the most demanding ones.

Job opportunities for beginners and specialists

Armatis currently employs around 2,000 employees and associates in six offices in Poland. In addition to Gdansk, these include Bielsko-Biala, Katowice, Krakow, Stalowa Wola and Warsaw. The company implements projects for well-known brands from sectors such as banking, tourism, e-commerce, media and telecommunications, and aviation.
– We offer job opportunities for both experienced specialists and people taking their first steps on the labour market. They can count on professional initial training, which provides a wealth of knowledge in the area of customer service and sales, as well as development training during employment. The advantage of working for our company is a clear career path, a competitive salary and additional performance-based bonuses, as well as a number of non-wage benefits. There is also the possibility to work remotely – currently 30% of our people, who prefer this form of professional activity, work in this mode – enumerates Krzysztof Lewiński.