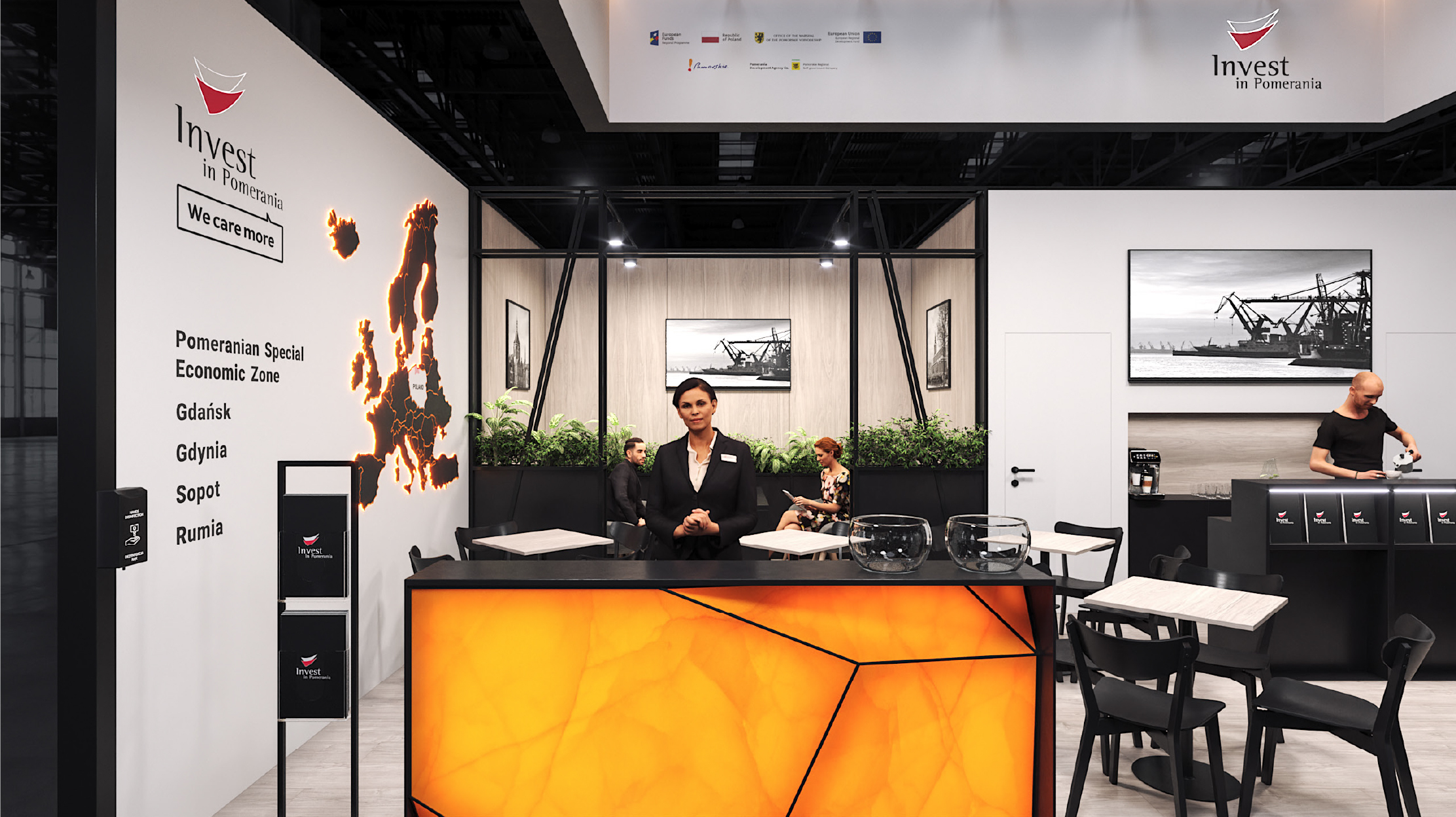 54,000 m² of exhibition space, 1200 exhibitors from 29 countries and more than 250 experts from all over the world – that was last year’s edition of Expo Real in Munich, one of the largest B2B property and investment fairs in Europe. This year, the organisers intend to even double these numbers, which bodes well for the Invest in Pomerania mission, which will present the investment offer of the Pomeranian Voivodeship on a 48 square metre stand.

Europe’s biggest
On 4–6 October, the international Expo Real trade fair will take place in Munich, which, along with MIPIM in Cannes, is one of the most important and largest real estate and investment fairs, and considered by many to be the most important B2B trade fair in Europe. Invest in Pomerania, a non-profit initiative coordinated by the Pomerania Development Agency – the organiser of the Pomeranian Voivodeship stand, together with representatives of the City of Gdansk, the City of Gdynia, the City of Sopot, the Gdansk Economic Development Agency (InvestGDA) and the Pomeranian Special Economic Zone (PSSE) will present a coherent, rich and diverse investment offer of our region.
Last year’s Expo Real was visited by nearly 20,000 people representing 52 countries from all over the world. We already know that in the current edition nearly 1900 exhibitors will present their offers, i.e. over 50% more than last year. The fair is primarily attended by representatives of the property development industry, investors, financiers, planners and representatives of cities and regions. They provide a platform to establish numerous business contacts and to search for new investment opportunities in the real estate sector.

– Despite the uncertain geopolitical situation and high inflation, the real estate sector in Pomerania is recording regular growth. In the office market, we finally managed to cross the magic barrier of 1 million m² of space, and in 2021 we were the largest regional market in Poland in terms of new supply. The warehouse space market looks even more optimistic. Here the total supply has already decisively exceeded 1 million m². Our region is the most dynamically developing market in the country – we have managed to double the total stock of warehouses in three years – comments Mikolaj Trunin, Deputy Director of Invest in Pomerania.

Investment offer of the region
The cities focus on promoting prestigious plots of land in city centres and at transport hubs. They are intended for office, tourist, residential, as well as production and logistics development.
– We are primarily interested in investors from the hotel and spa sector. At the end of September, we announced a tender for the sale of real estate for hotel services at 3 Podjazd Street. Next year, we are planning another tender for the sale of real estate in the Sopot Hippodrome, where a small hotel could also be built. During Expo Real we are also promoting the offer of Ergo Arena Sp. z o.o., in which the city of Sopot has a 50 per cent stake and which is looking for an investor willing to build a facility consisting of a 3-star hotel, offices and a conference centre. This is one of the last such large areas for a hotel investment in Sopot – says Marcin Skwierawski, Deputy Mayor of the City of Sopot.

– Gdynia is a city for which sustainable development is the axis of the strategy. Our offer includes two properties: Chwarzno-Wiczlino, an area of 61 hectares with great potential to create a metropolitan service centre, and Folwarczna/Wrocławska – an ideal location for hotel investments, both for leisure and conference purposes – says Katarzyna Gruszecka-Spychała, Deputy Mayor of Gdynia for the Economy.

Gdańsk’s offer is also very diverse. Among them are industrial plots within the Pomeranian Investment Centre, as well as areas with a service function, close to the airport in Gdańsk.

– For this year’s Expo Real we have prepared a dozen or so very diversified investment offers. These are both city plots and real estate from the resources of city companies, including the Gdańsk Economic Development Agency. We are looking for investors interested in developing residential, service and multi-functional projects in interesting locations, including in the area of the so-called New Letnica, in the neighbourhood of the Polsat Plus Arena Gdańsk Stadium, in the area of the former bus depot in Hallera Street or in the heart of the Main Town in Grodzka Street. We also want to promote, among other things, the project to revitalise the Nowy Port district. Participation in Expo Real is a valuable platform for us to exchange experience and seek inspiration for new projects in Gdańsk – says Piotr Grzelak, Deputy Mayor of Gdańsk for Sustainable Development and Investment.

Pruszcz Gdański will be promoting sites with a total area of 8,2 ha. As the Mayor emphasises, the promoted areas are technically prepared for future investors.

– Investors expect plots with utilities, with guaranteed flood protection system, good and fast access. In preparing land for investment, we try to ensure that each plot meets these criteria from the very start. An EU project is currently underway to build a rainwater retention reservoir and a rainwater drainage network. The areas covered by the project are located in the southern part of the city, an area that has so far been undeveloped, but which is very attractive from the point of view of location for a potential investor. Thanks to the actions we have taken, the investment potential of this area will be much greate – says the Mayor of Pruszcz Gdański, Janusz Wróbel.

Representatives of the Pomeranian Special Economic Zone will also be present at the fair.

– During the Expo Real, we will present the benefits of the support of the Polish Investment Zone, which enables entrepreneurs to obtain income tax exemptions for new investments, even up to 60% of the value of the implemented project. The aid is granted to companies from the industrial and modern services sector, regardless of the size of the company. The funds saved may be used for further development of their activities – says Igor Nagraba, Head of the Investor Acquisition and International Cooperation Team of the Pomeranian Special Economic Zone.

Common denominator
The fair is an excellent opportunity to establish numerous business contacts individually through networking meetings. Expo Real also offers an extensive programme of conferences and seminars on topics such as the real estate market and financing, the economy and the potential of selected sectors, as well as urban issues and sustainable development. The organisers have planned 127 different events this year, which will be attended by 414 experts from various specialisations.
In addition to interesting investment offers, Pomerania also relies on an original visual identity. The 48 m² Invest in Pomerania stand features details that directly relate to the specificity of Pomerania, such as amber and architectural elements. The focus of the design is on the reception counter made in the form of an illuminated amber surface enclosed in a black frame. Brick appears on the walls and the white interiors are broken by a motif taken from half-timbering, characteristic of the Pomeranian region.
– We want the joint stand of our region to provide a comfortable space for business discussions and at the same time to be associated with a place where it is good to live, work and relax. For several years now, we have been trying to combine the image of the region with amber, which has become the leitmotif of the stands at international events. We hope that many potential investors will visit us in Munich and that our project will be noticed and remembered by the visitors of Expo Real – argues Monika Wójcik, Industrial Sectors Promotion Senior Project Manager, Invest in Pomerania.