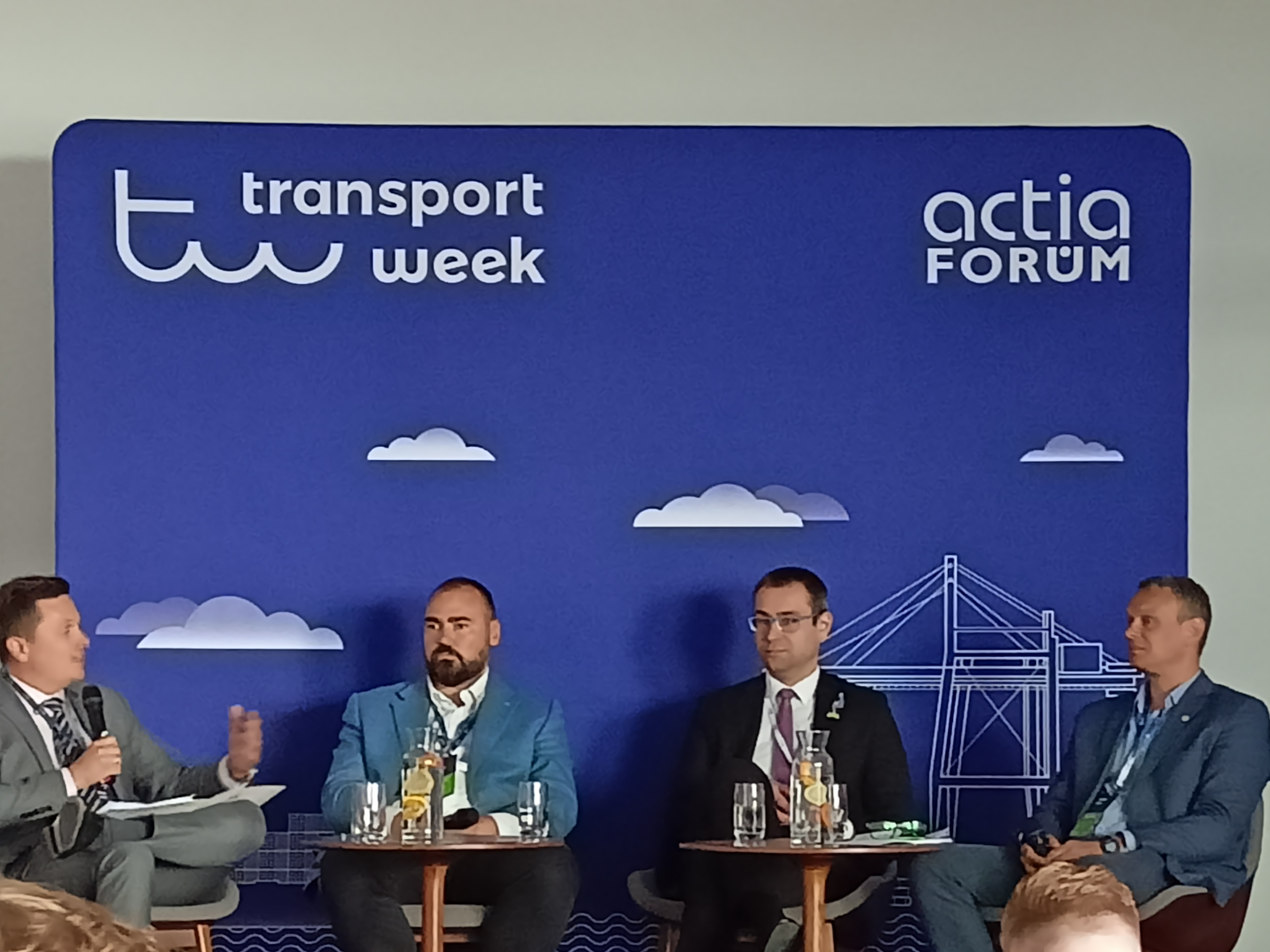 Transport Week came back to Gdynia. On the 14-15th of June the highest class speakers and devoted audience have met to dive into the biggest issues regarding current and future image of the transport sector.

During two days of the conference wide range of problems was discussed, from an impact of the UE’s climat policy on the industry, through a thorough analysis of the container, roro and ferry market, to the most interesting infrastructural ongoing projects of polish ports and terminals.

The event, once more organized under the auspices of the city of Gdynia, with close cooperation with the Port of Gdynia Authority, was the ideal platform of exchanging knowledge and experience for port’s, terminal’s, logistics centre’s, spedition’s, shipowner’s and technology providers’ representatives.

During five sessions the participants had the occasion to listen to the various presentations and discussions involving matters of the most importance for the development of marine sector.

It is not possible to avoid the conversation about dynamically changing geopolitical situation in Europe, so the guests surely appreciated a thorough analysis prepared by one of leading experts in the marine sector – Lars Jensen (Vespucci Maritime). Within the evaluation of the key factors, he pointed out growing fuel prices, transition of the business model towards digitalization and the necessity of improving the flow of empty containers.

During the conference, the infrastructural projects of Gdynia and Szczecin-Świnoujście Ports were also presented, as well as the opportunities that present for them in the light of becoming energetical hubs. Panellists, among whom were Anna-Rieke Stuhlmann (ESPO) and Willem Slendebroek (MTBS), also discussed the issues regarding changes on the labor market and the necessity of reformatting the logistics model within the Baltic Sea area. Representatives of Kaskinen, Oslo and Roenne Ports shared their experience as well, along with members of HHLA and Hydrogen Europe.

The containers, roro and passenger’s markets were also analyzed. Basing on the data prepared by the experts from Actia Forum, the conference’s hosts, representatives of DB Port Szczecin, Gdynia Container Terminal and Stena Line, had diagnosed the consequences of the pandemic and the Ukraine War, bravely prognosing the future outcome for container and passenger marine market.

Without a doubt, the panel focusing on an impact of the marine transport on the growth of local and regional economy, as well as the potential of simultaneous growth of ports and port towns, was the most attractive one. Mentioned subject was taken on by the officials of Gdynia and Port Gdynia and Wojciech Tyborowski of Invest in Pomerania.

Traditionally, the main conference was accompanied by a series of additional gatherrounds. Among the Week’s partners there were, once more, “Namiary na Morze” and “Handel”, the organizers of The European Green Deal in transport and logistics – a chance for development or an ecological order? meeting, which took time during the first of conference.

The participants got also acquainted with the Connect2SmallPorts project. During two meetings the most essential matters regarding an ongoing process of marine transport digitalization within the Baltic Sea were presented, as well as the strategies for small and medium ports related to mentioned subject.

Lively discussions during the networking surely favored the exchange of experience and Transport Week will certainly return next year.