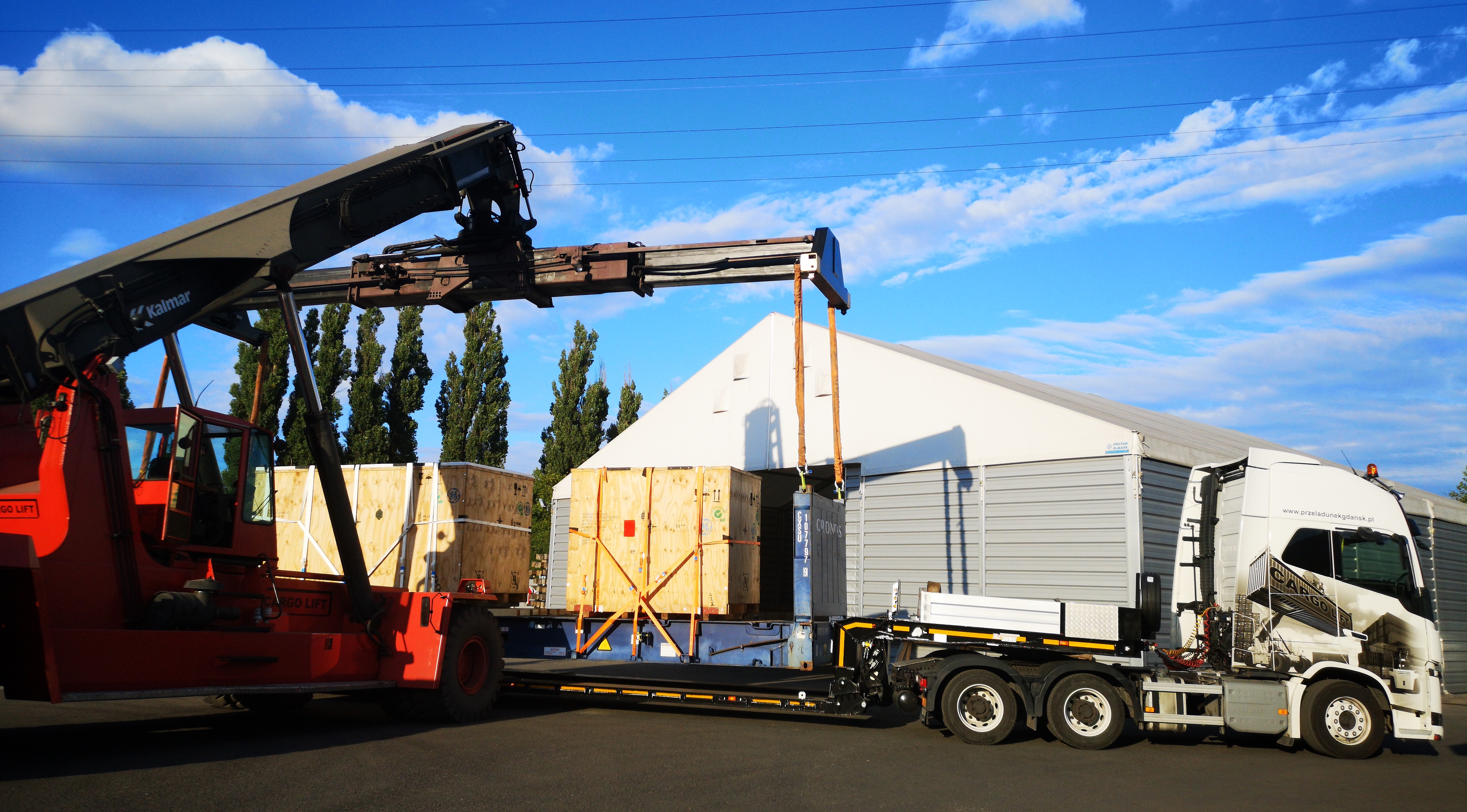 The Pomeranian company Cargo Lift, as the fourth company from the voivodeship, has signed an agreement for investment co-financing under the “Invest In Pomerania 2020” grant competition. The project involves the construction of a new reloading and storage base in the village of Wocławy, in the Cedry Wielkie commune. The company specializes in the reloading of non-standard sea transport goods.

The Cargo Lift company has been operating in Gdańsk for 5 years, carries out orders of shipping companies and customs agencies handling cargo arriving at seaports. Specialization in the reloading of non-standard goods based on innovative solutions allows for effective competition on the offshore and port-logistics market. Due to the growing number of orders, a decision was made to build a new base with transhipment and storage functions.

We are the only company in the Pomeranian Voivodeship specializing in the handling of non-standard goods, such as machines, boats, logs or lumber. What distinguishes us on the market is that we undertake the most unusual orders. It is possible thanks to well-trained and experienced staff and specialized equipment that we design ourselves. The construction of a new base in Wocławy is the key to the company’s development in the future. Support for this project as part of a grant competition is all the more invaluable – says Wiesława Gielecka, owner of Cargo Lift.

The planned investment involves earthworks on an area of approximately 1 hectare along with the preparation of a rainwater drainage system, sanitary sewage system, electrical connection and construction of a storage and warehouse yard. The entire investment is estimated at PLN 2.3 million co-financing under the grant competition carried out by the Pomeranian Development Agency will amount to PLN 800,000.

The pool of funds exceeds PLN 10.4 million was allocated by the decision of the Board of the Pomeranian Voivodeship to support small and medium-sized enterprises that implement projects in Pomerania consisting in the preparation of new investment areas for production and logistics.

The Cargo Lift project is another positive signal that despite the very difficult situation in which the Polish economy found itself due to the pandemic, the SME sector still has development potential. It is great that our regional funds measurably contribute to maintaining economic growth in Pomerania, and importantly, not only in the Tricity but also in smaller municipalities. – adds Mieczysław Struk, Marshal of the Pomeranian Voivodeship.

The competition is carried out until the allocation is and the reserve list is expended. 16 applications for the total investment amount of almost PLN 57 million have already been submitted.

Currently, you can only apply to the reserve list.

Subsequent contracts for financing investments under the “Invest In Pomerania 2020” grant competition for micro, small and medium-sized enterprises in the Pomeranian Voivodeship will be signed successively. More information about the competition itself on the website of the Pomeranian Development Agency.