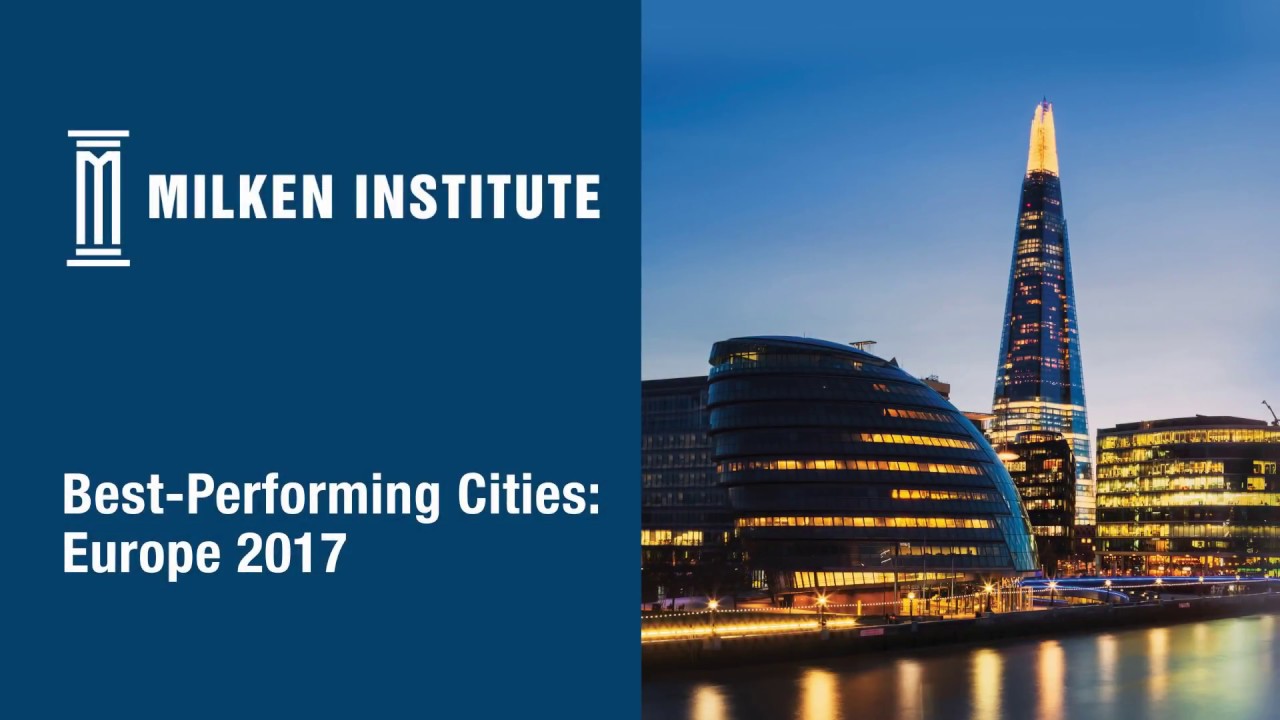 In 2017, the Pomorskie region took the 4. position – next to London, Stockholm and Budapest – on the Milken Institute’s 2017 index of the Best-Performing Cities in Europe. Here are some reasons why we made it to the top 5.

Since at least decade, the Pomerania region has been steadily gaining visibility worldwide – among investors, businessmen, employees, students and tourists alike. It has been reflected in a number of high rankings, very good press coverage and has transformed the region on the ground. The region ranked second among large cities when it comes to five-year employment growth (19 percent) – second only to Inner London East.

We’ve talked to Mr. Kevin Klowden, the executive director of the Milken Institute’s Center for Regional Economics and California Center – a think tank based in California – and Ms. Minoli Ratnatunga, the study’s lead author, about the reasons behind the region’s excellent ranking.

Invest in Pomerania: Pomorskie was ranked number four in your Best-Performing Cities in Europe Index 2017. This is no mean achievement. Can you reveal more about which factors that weighed in our favour?

Kevin Klowden: The Pomorskie region’s strong performance on our five-year measures of job and wage growth were major contributors to its fourth place finish among large regions on our 2017 index of the Best-Performing Cities in Europe. These factors, which track the creation of opportunity across the whole economy, are weighted more heavily than our high-tech services indicators.

IP: How do you measure attractiveness of cities and regions across the globe? What’s the methodology used and what kind of indicators are you looking at closely?

The index uses outcomes-based metrics including job creation, wage gains, manufacturing concentration, and skilled service concentration and growth to evaluate the relative performance of European regions. We don’t use input factors like quality of life because these can be subjective, and we are aiming to provide an objective measure to inform policymakers.

“The Pomorskie region outperformed all but one large region for job growth between 2011 and 2016; an impressive feat. Manufacturing, trade and successful attraction of foreign direct investment all contributed to the strength of the economy at the time of analysis.”

IP: From your experience, how does a good ranking on your index influence future positioning and development of the winning cities? How do they benefit from being at the top of the list?

MR: In the many years we have been publishing our index in the United States, the cities that have been the best stories and most consistent performers are ones that benefit from both a diverse economic base that lets them stay strong throughout the business cycle, and have the ability to attract more investment and newer, technology-driven jobs.

Both Austin and Dallas in Texas and Salt Lake City and Provo in Utah, are good examples of cities that have performed consistently well with a strong combination of both diverse economies and growing technology sectors. The same is true for Shanghai and Shenzhen in our China Index. Being at the top of the list for just one year is a reflection of a very favorable economy at the time. San Antonio in Texas, for example, had its mayor cite its top ranking one year at a national convention. But it is the cities that stay towards the top of the list for several years that benefit from real, sustained growth and investment. Those are the cities that the Pomorskie region should hope to emulate.

IP: Thank you for talking to us.

Milken Institute is an independent economic think tank based in Santa Monica, California. It publishes Best-Performing Cities indexes that serve as a tool for indicating where economies and businesses are thriving. Read the full report.