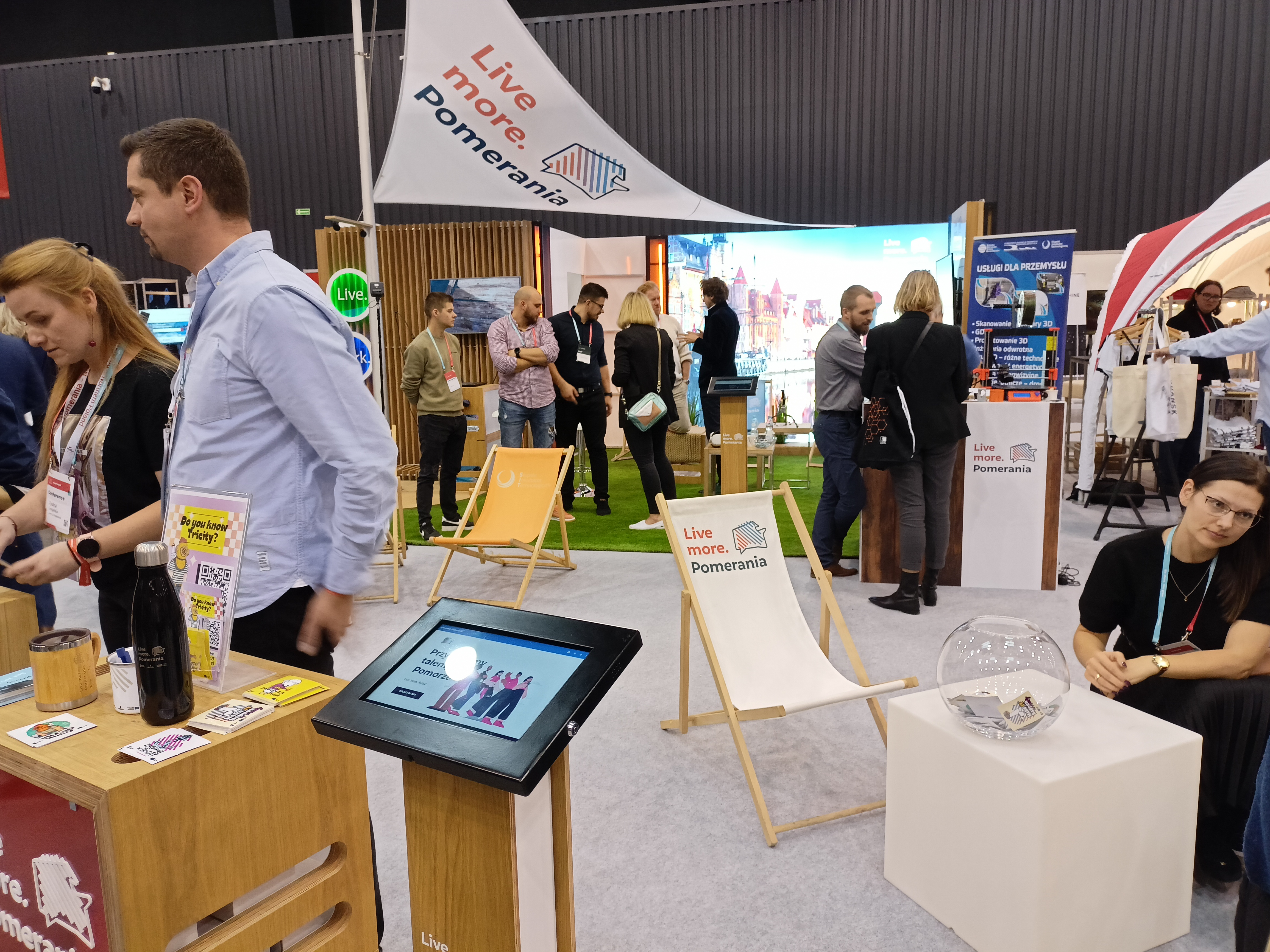 The world of new technologies once again came to Gdańsk. Participants at the Infoshare conference, the largest industry event in Central Europe, exchanged experiences and invented the world of tomorrow. The event’s co-organiser for many years has been Invest in Pomerania – a local government initiative coordinated by the Pomerania Development Agency.

Infoshare has been attracting practitioners, theoreticians and users of the world of new media for 15 years. It is a unique opportunity to meet investors, start-ups, developers and marketers. The total number of participants of all editions has just approached 60,000 and the number of speakers has reached 1,500.

Metaverse versus the real world

The discussion on users brought up on the internet, so-called internet natives, was very popular. Wojciech Grzegorzyca of Gameset LTTM convinced the audience that information aimed at generation Z must change significantly. The term metaverse, of which internet natives are an active part, came up very often from the stage. Wiktoria Wójcik, QuHarrison Terry and Mike Butcher predicted a steady increase in user participation in this incredibly engaging virtual space. As a result, it is necessary to tune all marketing and promotional tools to the new realities.

A new language for artificial intelligence

Lectures and discussions on developer issues focused attention on the optimisation of modern coding and the increasing use of artificial intelligence. Modern coding must keep up to adapt to change similarly to real-world languages. The pace of transformation is keeping a whole host of developers up at night, so developing the right strategy was a very clear theme in Dylan Beattie and Mark Matczak’s talk. AI-related issues, in turn, revolved around exploiting the ever-growing independence of artificial intelligence (Michał Jankowski) and extending its reach to new branches of the server-base (Joanna Skotarczyk).

Particularly popular was the Pomerania zone, consisting this year of the stands of Live More. Pomerania, the Gdansk Business Incubator STARTER, the Science and Technology Park in Gdynia, the City of Gdansk, the Pomeranian Special Economic Zone and the Association of Fahrenheit Universities. The joint space was intended to present the complete offer of the voivodeship, so that visitors experienced all that Pomerania has to offer. Particularly impressive was the Live More. Pomerania – a project coordinated by Invest in Pomerania, an initiative of the Pomerania Development Agency. The main idea behind the concept is to promote the region among talents (students, graduates, specialists) and to take care of them on site – with a special focus on the correlation between life, work and study. All visitors were captivated by a friendly sheep in a cute jumper, whose graphic image encouraged them to test out Pomerania. It must be said that the avatar of the Live More. Pomerania project effectively corrected the somewhat tarnished image of the Pomeranian sheep. Visitors to the Infoshare zone could take part in a knowledge quiz about the region, taste lemonade and take a sentimental journey to the 1990s with rubber bands, and listen to behind-the-scenes talks with conference speakers: Wiktoria Wójcik, Artur Jabłoński, Michał Sadowski and Paweł Tkaczyk.

– Organising the Pomeranian zone was a huge challenge for us. We were all the more pleased to observe how numerous and eagerly the conference participants visited it. During the two days at the Live More. Pomerania we had dozens, if not hundreds of conversations with participants: specialists, investors and start-ups, and I am convinced that the contacts made will soon result in exciting challenges –  Aleksandra Moszyńska, BSS Promotion Project Manager at Invest in Pomerania, Diamond Partner of Infoshare, summed up the event.

The Pomeranian Special Economic Zone also boasted interesting buildings. The adopted concept of “park within a park”, holding talks on holiday deckchairs, over ice cream of a chosen flavour, guaranteed a friendly atmosphere and thus fruitful networking. The stand was visited in large numbers by start-ups who had the chance to join the accelerator programmes run by the Zone in cooperation with Northvolt and Polpharma Biologics. Radosław Wika, Director of the Science and Technology Parks Department, PSSE, was responsible for the business talks held at the checkers.

– We are an institution open to new solutions and business ideas. Participation in the Infoshare conference is extremely important to us: we support innovative business and want to assist in the development of promising projects. We organise accelerator programmes targeting different industries, hackathons and networking conferences. We adapt the technical infrastructure, provide courses and training and mentoring. We hope that by promoting our offer and talking loudly about the benefits of joining the community of the Pomeranian Special Economic Zone and the Gdansk Science and Technology Park, young people will be more and more willing and confident to take their steps in business, and we will help them – Radosław Wika emphasised.