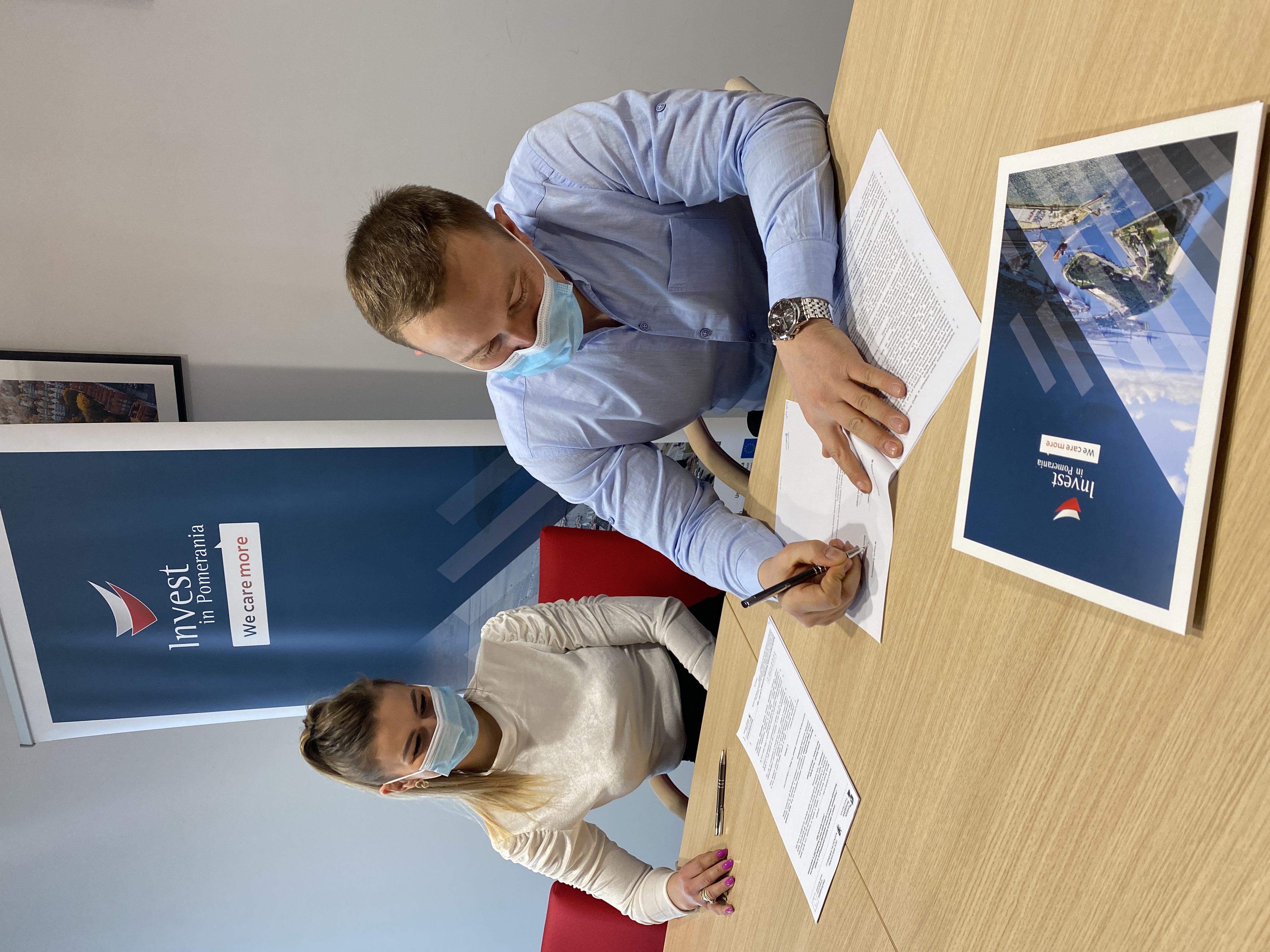 Marcin Czarnowski, a service and trade company engaged in general construction trade and the production of concrete prefabricates, received a grant under the “Invest in Pomerania 2020” competition. Thanks to the allocated funds, the company will increase the area in which it operates. It will equip the new area and adapt its infrastructure for further development of the company.

The Marcin Czarnowski service and trading company, with its registered office in Dziemiany (Kościerzyna district), was established in 2004. Initially, the main core of the activity was the trade of general building materials on the local market, which mainly covers the central part of Kashubia. The success and development of the company is linked to the growing demand for building materials in the region, resulting from the dynamic development of housing construction and the increasing number of road investments. The company, expanding the scope of its activities since 2008, is also engaged in the production of precast concrete products. This range includes road slabs, concrete blocks, edges, kerbs, lattice paving blocks and paving stones.

– The modernisation of the production facility with new sustainable resources, more efficient and less energy-intensive, is necessary for the further development of our company. It is also necessary to reorganise the production process. We need to keep up with the competition, which is systematically expanding its production capacity and modernising its technology. Thanks to the funds allocated under the project “Invest in Pomerania 2020″ this goal will be achieved – says Marcin Czarnowski, the owner.

The aim of the project is to increase the area of land for the activities carried out and to use it more efficiently. The project involves the armament and adaptation of the infrastructure of the area for the development of the company, including m.in. preparation and hardening and fencing of the site, construction of necessary installations and storage sites.

The newly created area will serve as a warehouse for the company’s current production activities. The assumptions of the aided project are only the beginning of the applicant’s wider investment plans. In a few years, after the completion of the current construction, a new production hall is planned to be built on the prepared area, which will significantly increase the company’s production capabilities.

An area of 1.52 ha, previously unused economically, will be developed for the investments, the applicant will invest almost PLN 2.5 million and create new jobs. The amount of funding obtained in the framework of the grant competition conducted by the Pomeranian development agency amounts to 800 thousand PLN.

–  We are proud to support the Pomeranian SME sector. Further projects implemented locally in the framework of grant competitions funded by regional EU funds offer huge opportunities for development. We wish you every success and believe that thanks to the funds received, the company will increase its competitiveness – says Mieczysław Struk, Marshal of the Pomeranian Voivodeship.

By the decision of the management board of the Pomeranian Voivodeship, more than PLN 10.4 million was allocated to support small and medium-sized enterprises implementing projects in Pomerania consisting in the preparation of new investment areas for production and logistics activities.

14 grant applications have already been submitted for a total investment of almost PLN 57 million. The competition is carried out until the allocation is exhausted together with the reserve list.