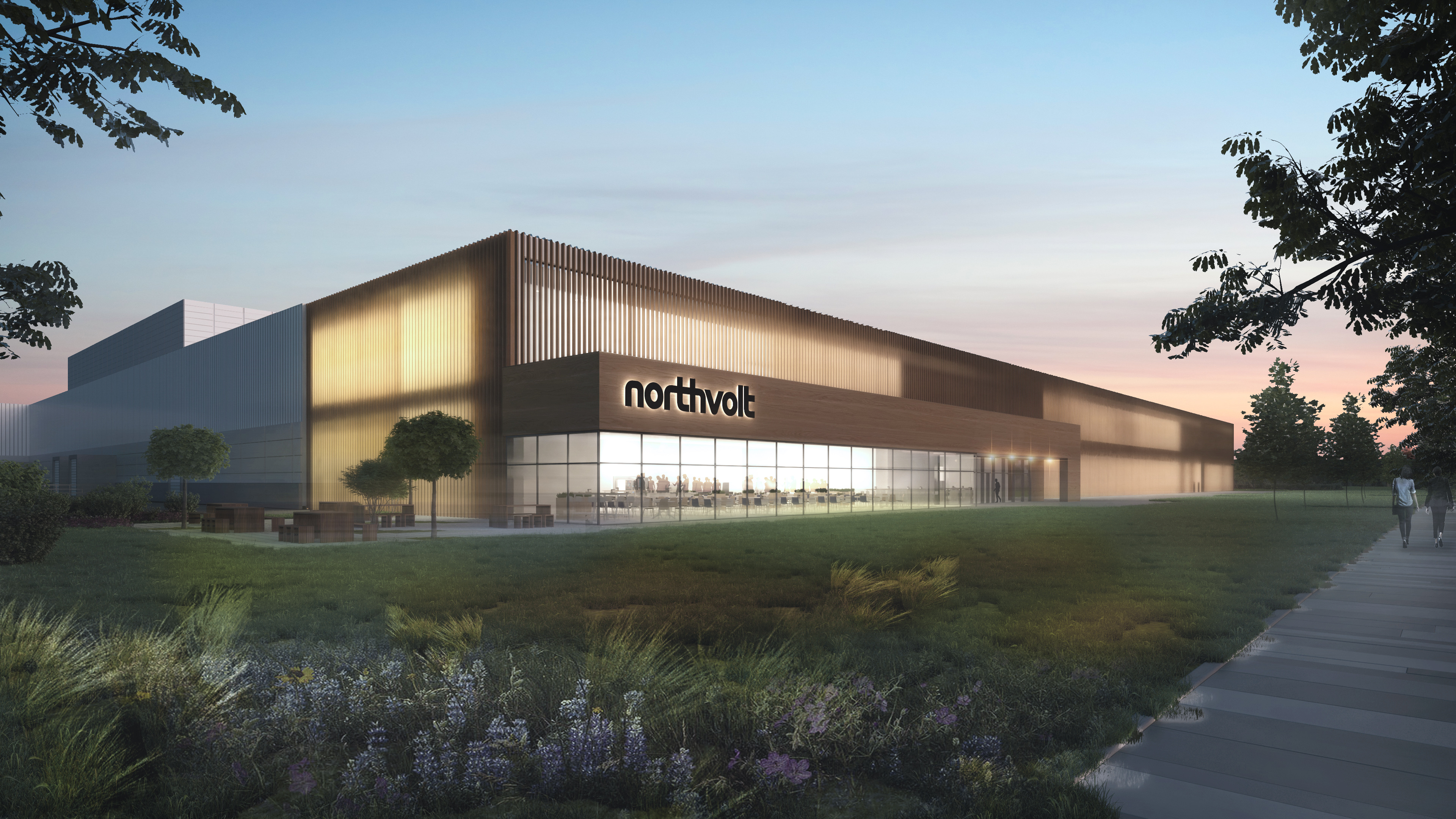 Gdańsk , February 19th 2021: . Northvolt, whose mission is to ensure the future of energy, is increasing its production and R&D capacity thanks to a $200 million expansion in Gdańsk. The new plant, which will start operations in 2022, will be established in the Pomeranian Investment Centre. It will have an initial annual production capacity of 5 GWh and a potential future capacity of 12 GWh.

The 50,000m² facility will be built in two stages, with an initial production capacity of 5 GWh per year and an expected start of production in 2022. The value of the greenfield investment in the plant for the installation of state-of-the-art energy storage systems, produced in an environmentally sustainable manner, will amount to PLN 200 million. Together with the production plant, a new  R&D centre will be built, creating a total of 500 new jobs in the Gdańsk region.

The factory will have extensive energy storage facilities and produce battery modules enabling greater and better use of renewable energy sources. Products from the Northvolt factory in Gdańsk will have diverse uses in the industry, e.g. electric mining vehicles. The battery systems will be produced using lithium-ion cells supplied from the Northvolt’s gigabyte factory for the production of lithium-ion batteries in Skellefteå and other components from selected manufacturers.

“This unprecedented strategic investment in the region in a state-of-the-art plant with a high degree of automation and digitization of processes is a significant step towards making the industry independent of fossil fuels and enabling the use of an increasing amount of renewable energy by society,” said Robert Chryc-Gawrychowski, chairman of the board of Northvolt Poland.

The new facility will be built on the territory of the Pomeranian Investment Centre, near the Port of Gdańsk and the DCT container terminal. The port location will have a positive impact on the European supply chain,  and the proximity of the agglomeration with a mature labour market and an extensive higher and vocational education system will provide access to high-end professionals and engineers. Northvolt Poland plans close cooperation with universities and secondary and vocational schools in the region.

“InvestGDA focuses its efforts on finding business partners who, when located in Gdańsk, become ambassadors of our city as an attractive place to invest, develop and live. Our efforts are aimed at sustainable economic development of the city, especially in the areas of modern technologies, while using the advantages of Gdańsk as a port city“, said Marek Ossowski, Chairman of the Board of InvestGDA.

He continues, “It is important for us that innovative production and R&D processes carried out in the modern Northvolt factory in Gdańsk will be carried out with the participation of the inhabitants of Gdańsk, as well as with the support of Gdańsk universities, the Gdańsk University of Technology or the University of Gdańsk”.

“We are also convinced that our Partner will not only actively participate in supporting local projects in the area of corporate social responsibility, but will also fit into our corporate motto: “let’s move Gdańsk forward”. He adds 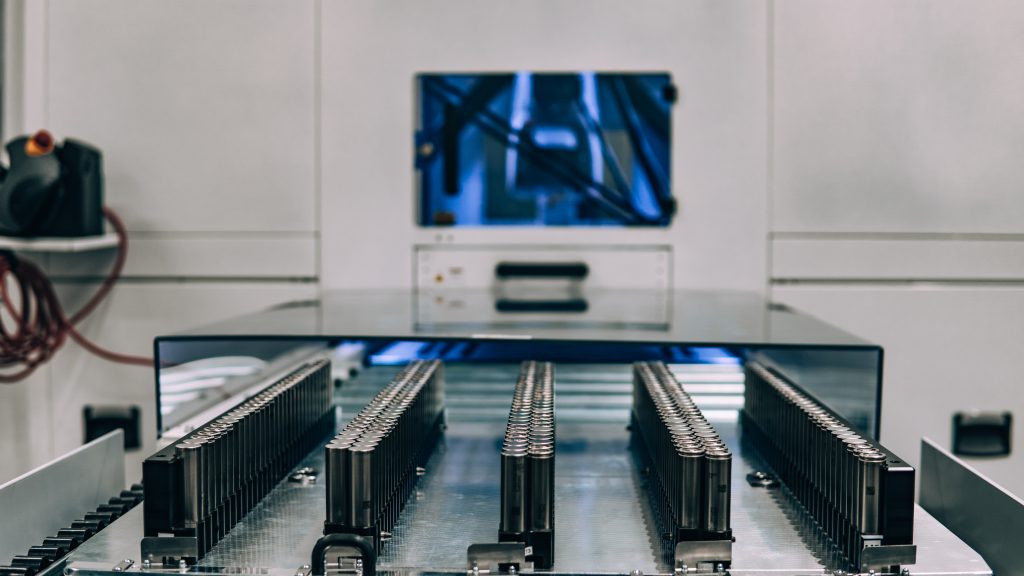 ” The battery industry is now one of the fastest growing industries. In Europe, sales of electric cars are steadily increasing, followed by the demand for modern energy storage systems. With investments such as LG Chem near Wroclaw and Daimler in Jawor, another major electromobility project will be carried out in Pomerania. Northvolt is a great example that our region is an excellent location for large industrial projects thanks to the competitive advantage offered by the presence of seaports enabling the optimization of the supply chain”,  comments  Mieczysław  Struk, Marshal of the Pomeranian Voivodeship.

“I would like to highlight here the huge role played by Invest in Pomerania in building a positive climate for the implementation of investments in our region. In recent years, Pomerania has proven that the entire ecosystem of institutions involved in economic promotion in our region perfectly cooperate and coordinate our activities and the Northvolt project fully demonstrates this”, he adds.

Northvolt is a European supplier of high-quality battery cells and systems that are produced in an environmentally sustainable manner. Set up in 2016 to enable a European transformation towards a decarbonised future, the company has made rapid progress in its mission to deliver the world’s greenest minimum carbon footprint battery and has grown to more than 1,000   employees of 75 different nationalities at its locations in Sweden, Germany and Poland.    Northvolt’s business partners and customers m.in ABB, BMW Group, Scania, Siemens, Vatenfall, Vestas and Volkswagen Group.

The Gdańsk Agency for Economic Development sp. z o.o. (InvestGDA) is a city company established in 2008, whose main task is the commercialization and economic activation of investment areas. InvestGDA is also the initiator of projects related to the development of entrepreneurship and innovation in Gdańsk, actively shaping the economic landscape of the city. The company offers comprehensive investment and business advisory services. It co-organizes economic missions and business events enabling the development of entrepreneurs, representing different areas of the economy. The InvestGDA structure also operates the Gdańsk Foundation for Economic Development, which actively implements activities in the field of CSR, implementing projects supporting m.in. local labour market and cultural and social initiatives.