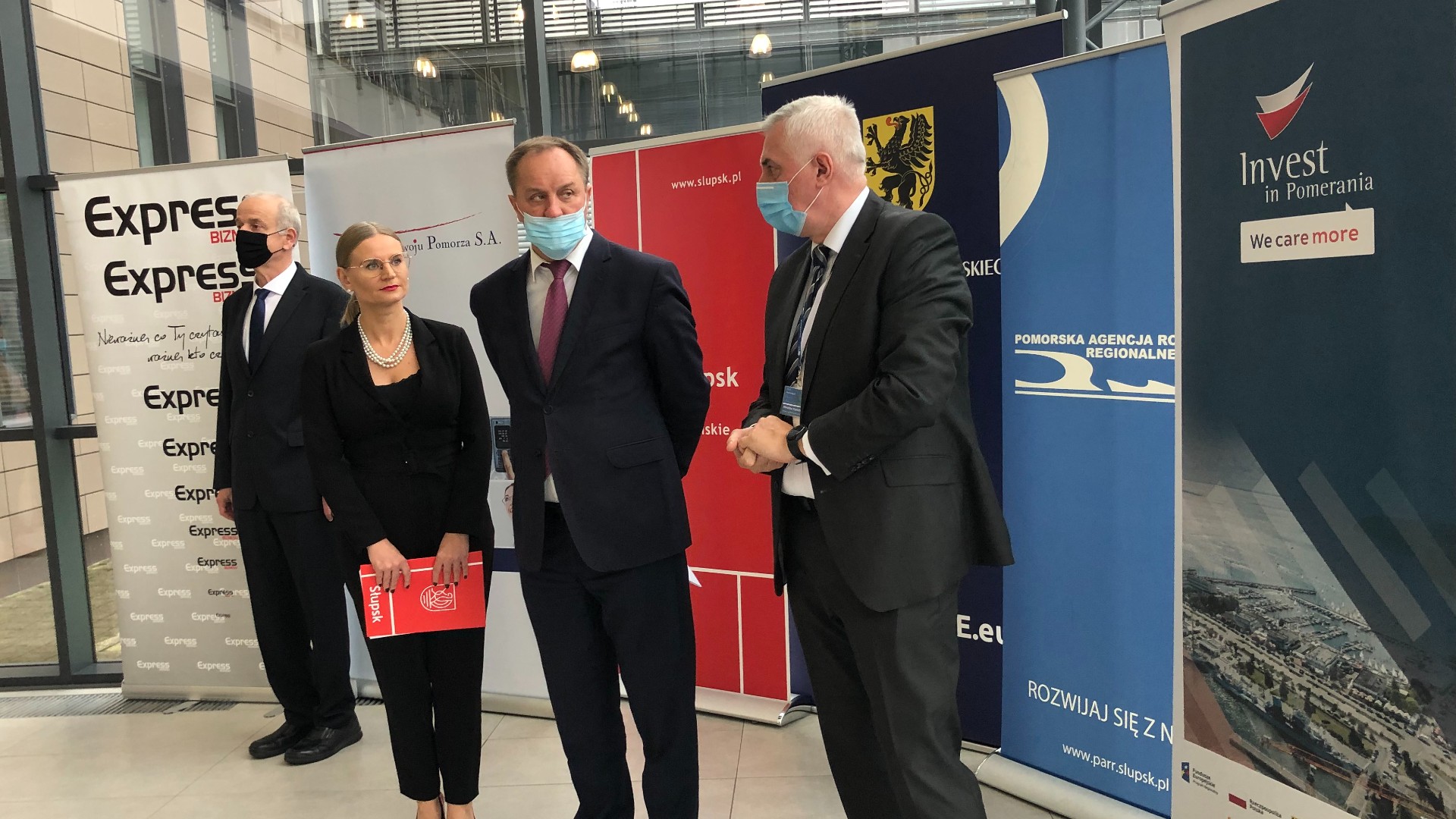 Slupsk hosts the conference „BSS Tour: Time for Slupsk” today, during which Pro Progressio and Invest in Pomerania presented a report entitled „Focus on Slupsk”. The publication presents the investment potential of the city.

Slupsk, with a population of 80,000, is the second largest cultural and economic center of Pomerania after the Tricity Metropolis. As a satellite city to Tricity, which over the last decade built a strong position on the national map of the modern business services sector, Slupsk is an excellent location for developing companies, particularly from IT, BPO or SSC.

– Pomorskie Voivodeship is an attractive location in terms of tourism, living conditions and economic potential. Very often, however, its attractiveness in the economic context is associated only with the Tricity. That is why I am very pleased with the development of the modern outsourcing services sector in Slupsk — says Mieczysław Struk, Marshal of the Pomeranian Voivodeship, special guest of the conference.

The BSS sector is one of the fastest growing areas of the Polish economy, and medium-sized cities such as Slupsk are increasingly attracting the attention of international companies from the sector. Thanks to the developed business and communication infrastructure, availability of qualified employees and competitive costs of running operations, Slupsk has become an attractive alternative for companies looking for new development paths and expansion opportunities in Pomerania.

– Competitive labor market with qualified professionals, investment incentives, as well as a rich cultural offer make Slupsk an ideal place for the implementation of investment projects, pursuing passions and personal development. Thanks to these qualities Slupsk is also attractive for the sector of modern business services, the essence of which is innovation and modernity — says Krystyna Danilecka-Wojewódzka, Mayor of Słupsk in the report „Focus on Slupsk”.

– From the beginning of the Invest in Pomerania initiative, the development of the BSS (business services sector) in the region has been one of our priorities. After 10 years of operation, we are pleased to say that our activities in Tricity have contributed to the dynamic development of the metropolis. Tricity has become one of the leading BSS centers in the country. Now is the time for Slupsk. Today’s conference aims to show the world that Slupsk is ready and open to the development of the modern business services sector. As shown in our report, it has great potential and favorable conditions. I am convinced that Slupsk will soon become the second „capital of BSS” in Pomerania — says Marcin Grzegory, Deputy Director of Invest in Pomerania.

In addition to the presentation of the report, lectures and discussion panels are held as part of the BSS Tour conference. Invited specialists spoke about the growing importance of medium-sized cities, human resources potential of Slupsk and building a working environment for modern business services.