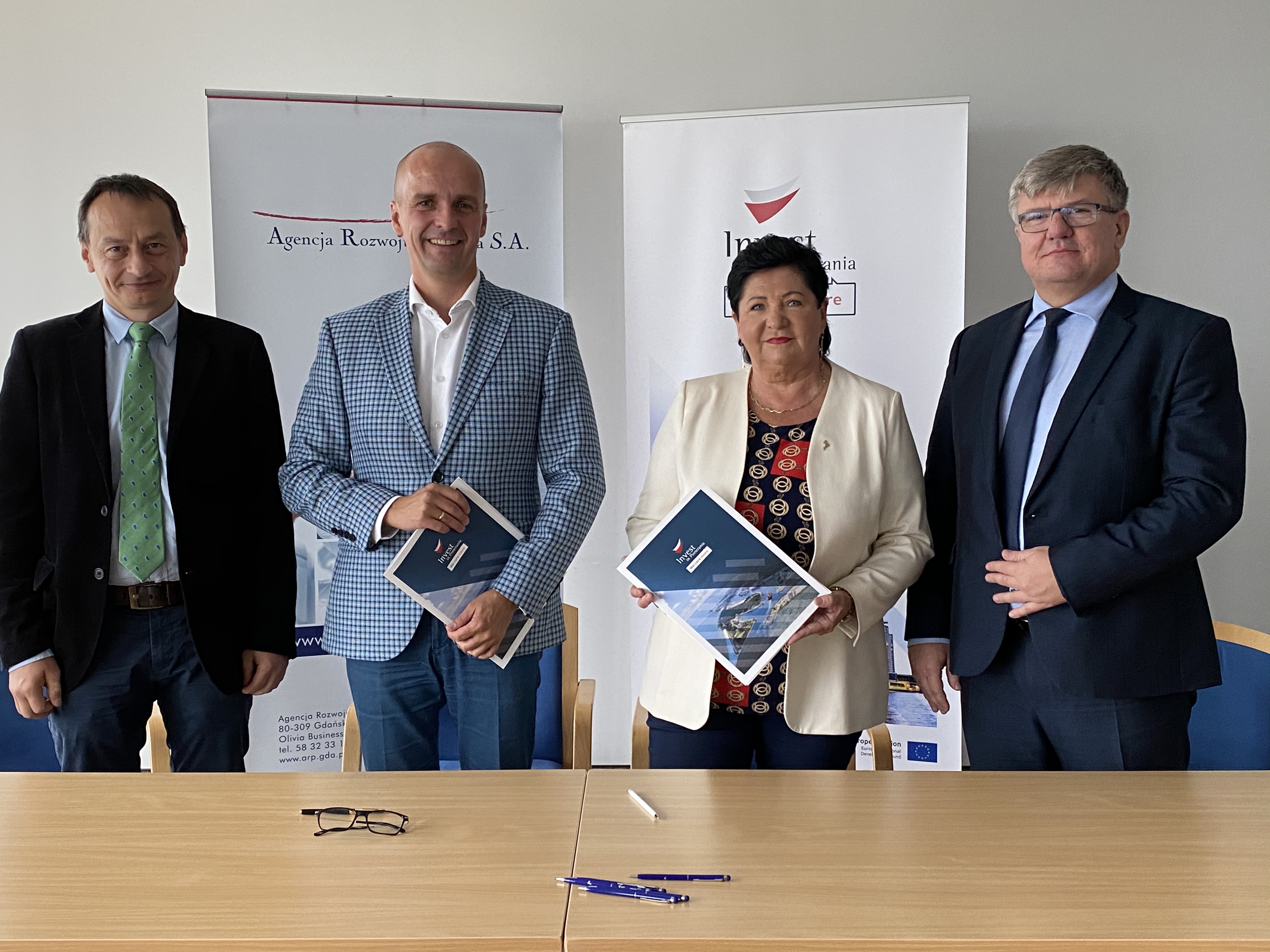 The first contract, as a part of the “Invest In Pomerania 2020” grant competition, was signed today with the Gdańsk-based company PAR Bakuła. The investment, worth over PLN 3,8 million, obtained funding for the expansion of production and accompanying infrastructure as well as roads, pavements and greenery at the company’s headquarters in Gdańsk, Bysewska Street.

The  contract was signed by representatives of the Pomeranian Development Agency and PAR Bakuła for PLN 800 000, which accounts for almost 21% of the value of the entire investment. The grant will be allocated under the contract for the development of the company and the expansion of the production plant with accompanying infrastructure.

PAR Bakuła is the successor of the Pomeranian Advertising Agency, a Polish company with 29 years of tradition in the advertising and promotional products industry. The company provides comprehensive services in the field of production and personalization of promotional gifts and gadgets for professional entities from the advertising industry. Started in 1991, it changed ownership in 2008 and started investments under a new name. Currently it is in the key stage of its development.

Co-financing of investments in infrastructure development is one of the breakthrough moments in the development of our company. It will allow us to build a printing studio, which is important for our business, improve safety and working conditions, and stabilize the company’s operations at this particular time of the pandemic. The Pomeranian Development Agency greatly supported us by providing assistance during consultations in the preparation of the application – emphasizes Danuta Bakuła, partner at PAR Bakuła Spółka Jawna.

The grant competition, with a total allocation of PLN 10,4 million, was launched in October 2019. By the decision of the Board of the Pomorskie Voivodeship, the funds were allocated to Pomeranian medium and small enterprises to support their development, including those companies whose operation and development was negatively affected by the COVID-19 pandemic. Co-financing may be granted to projects consisting in the preparation of new investment trends, both for own economic needs and for commercialization for a third party.

Each form of support for local entrepreneurs increases their competitiveness on the domestic and European market. However, it is primarily supporting the region’s economy, stabilizing the labor market and maintaining income for the region. The Board of the Pomorskie Voivodeship recognized one of its priorities as supporting Pomeranian SMEs as one of the foundations of the region’s economic development, especially in the era of Coronavirus. – adds Mieczysław Struk, Marshal of the Pomeranian Voivodeship.

Further contracts for the financing of investments of micro, small and medium-sized enterprises in the Pomeranian Voivodeship will be signed in the near future.

More information about the competition on the website of the Pomeranian Development Agency (in PL): https://www.arp.gda.pl/1976,konkurs-grantowy-2019