EVOTECH Karol Jaworski received funding under the “Invest In Pomerania 2020” grant competition. The company dealing in the production of steel structures for construction and agriculture will receive PLN 800,000 for the preparation of land for the construction of a new production plant in Osława Dąbrowa in the commune of Studzienice.

As part of the co-financing received, the company will implement a project consisting in the preparation of an investment area with an area of 1.6 ha and carrying out works related to the construction of a new production and warehouse building with an area of 1000 m2. The total investment expenditure allocated to the project will be almost PLN 2.4 million.

Thanks to the funding from “Invest In Pomerania 2020”, we will be able to start construction works on our new production plant in the commune of Studziennice. The project implementation area is an industrially degraded area with the former liquefied gas bottling plant facilities, which have not been used for years. As part of the investment, we will revitalize the area, it will be restored to its former industrial function – says Karol Jaworski, director of EVOTECH. 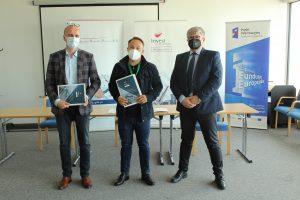 In the company’s new headquarters, various steel elements will be produced, ranging from single structural elements, through subassemblies, to ready-made machines and devices. The EVOTECH production process is characterized by eco-efficiency resulting from the use of innovative, energy-saving steel processing technologies, which allow reducing the material and energy consumption of the production process. The Pomeranian company uses advanced technologies of mechanical steel processing, such as laser and plasma cutting, bending, machining, welding, shot blasting, powder and wet coating.

This is the eighth contract signed as part of the SME sector support project “Invest In Pomerania 2020” and another Pomeranian company that will be able to spread its wings thanks to the subsidy. Additional funds for companies for the investments implemented so far have contributed not only to their faster development but also in accordance with the goal of our competition for the development of the Pomeranian economy. I am convinced that it will be no different in the case of the EVOTECH project,” says Mieczysław Struk, Marshal of the Pomeranian Voivodeship.

By the decision of the Board of the Pomeranian Voivodeship, PLN 10.4 million was allocated to co-finance the development of Pomeranian 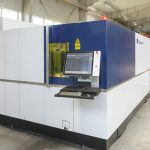 medium and small enterprises as part of the “Invest In Pomerania 2020” grant competition. The aim of the competition is to support the development of the SME sector, including companies whose functioning and development were negatively affected by the COVID-19 pandemic. Co-financing may be granted to projects implemented in Pomerania, consisting in the preparation of new investment areas, both for their own economic needs related to production or logistics and for the commercialization of areas for a third party. More information about the competition can be found on the website of the Pomeranian Development Agency